Conceptart.org Character of the week #277

My first take at one of the most famous Conceptart.org’s activity  Character of the Week

So c’mon, if you are a CA user, spread some love here.

THE BRIEF: In the 42nd Century a secret agency is formed and tasked with sending highly trained assassins through time. Their targets are chosen so that their deaths alter aspects of the timeline in an attempt to avoid major catastrophes.

I think the most challenging task for all of us is to stay in brief and depict a character that “look like an assassin” but “operate on secrecy and discretion” and also “it must be clear that they travel through TIME”.

How he supposed to do his job if anyone can spot him like an assassin who travel in time?

I tried to stay believable ‘cause we don’t know the application of the character (movie? videogame?) so I go with on movie side and here’s my de-brief:

– I suppose the secret agency as an official, governative bureau.
They don’t hire criminals, they deploy soldiers and agents recruiting from their troops. They are the ‘good guys’.

– the character is supposed to point at (mostly) military or political targets. I imagine the wars through the time like the most sensible area for the agency. I mean, kill the right colonel in the right year and you’ll change a nation’s destiny and the world’s history.

My Time Assassin is primarily an undercover soldier. Is a decorated veteran of war (well, a couple of wars) and he’s tired of his job – is close to retirement – but is still highly effective, discreet and deadly.
His most advanced weapon is the trusty AutomatiCloak®, an automatic camo system that makes our man almost invisible and it can manages to blend in with the crowd or with the landscape and manages to fit in any social class, simulating uniforms, badges and dress codes. 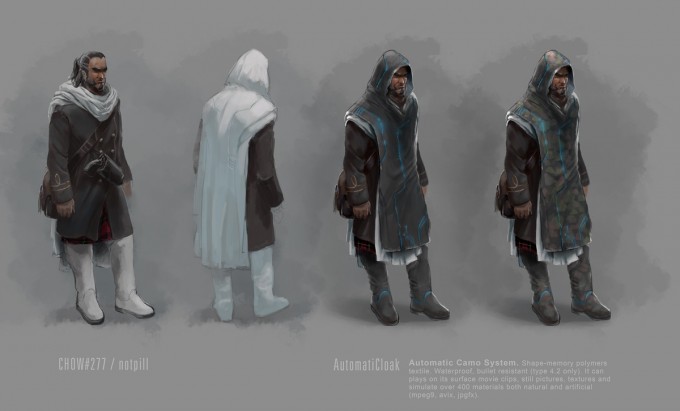 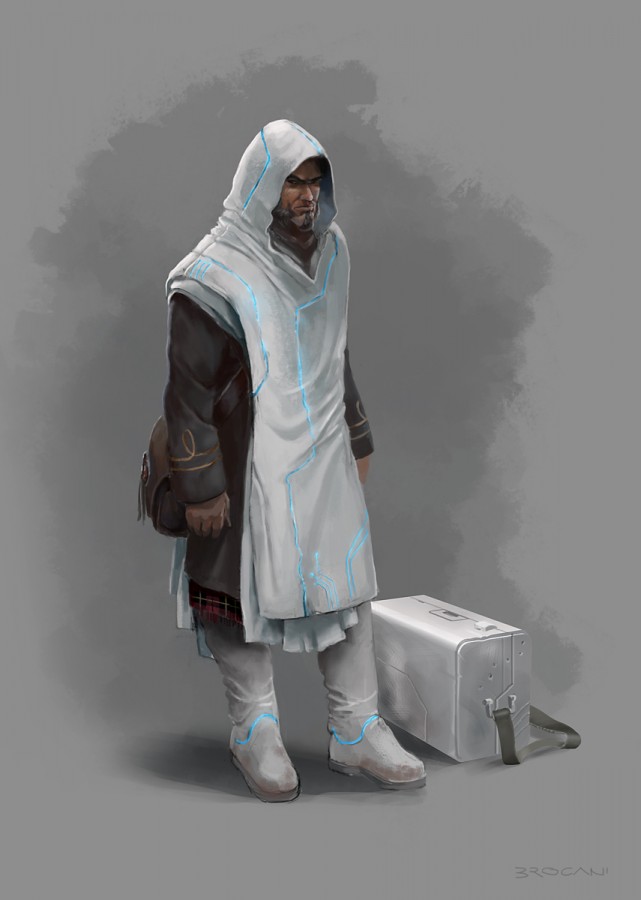 The Pirates step by step